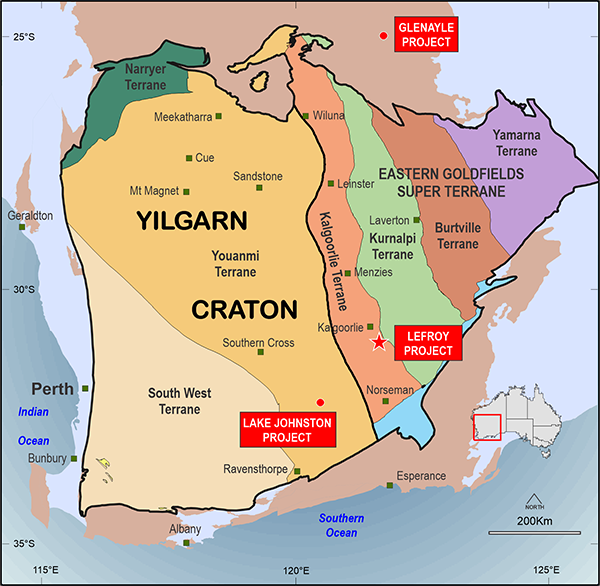 Lefroy's primary focus is to explore for significant new gold and nickel deposits in the premier terranes of the Yilgarn Craton of WA. The Yilgarn is one of the most well-endowed mineral provinces in the world, having produced in excess of 300 Moz of gold, and continues to deliver significant new gold discoveries. Lefroy's core project area in Western Australia is the Lefroy Gold Project near Kalgoorlie. In addition, the Company's subsidiary, Johnston Lakes Nickel Ltd (JLN) holds the Lake Johnston nickel project near Norseman, as well as the newly acquired massive Glenayle project 220km north of Wiluna.

Lefroy's flagship project for exploration is the Lefroy Gold Project which comprises a tenement package in excess of 607 km2 in the highly endowed Kalgoorlie Terrane. The Project was historically underexplored prior to Lefroy’s consolidation of the tenements in 2016, largely due to the entire area never being held under a single umbrella to be systematically explored as one major land package. The regional consolidation has successfully placed several gold anomalies from previous drilling in the context of the major regional structures and a single cohesive geological model. The Company recognised an opportunity in the historical data to generate new exploration initiatives by reinterpreting historical results and recognising gold anomalies that have been overlooked, particularly by combining the tenements into one contiguous package. This approach to exploration by other companies in the district has led to the recent discoveries of the Invincible and Millennium gold deposits near Kalgoorlie.

The Lefroy Gold Project is split into Eastern Lefroy, where the Company manages early stage exploration, and Western Lefroy where major gold producer Gold Fields Ltd is farming into and managing exploration.

In addition, Lefroy holds the Lake Johnston Project near Norseman which is adjacent to Poseidon Nickel’s Emily Ann and Maggie Hayes Nickel deposits and is prospective for nickel and gold. The nickel rights are held by the Company's subsidiary, JLN, whilst the gold rights are held by Lefroy. JLN also holds the Glenayle project, a 2800km2 contiguous land package prospective for nickel and PGEs.

Lefroy’s projects are all 100% owned (subject to Gold Fields farm-in at the Western Lefroy project), easily accessible, and encumbrance free. 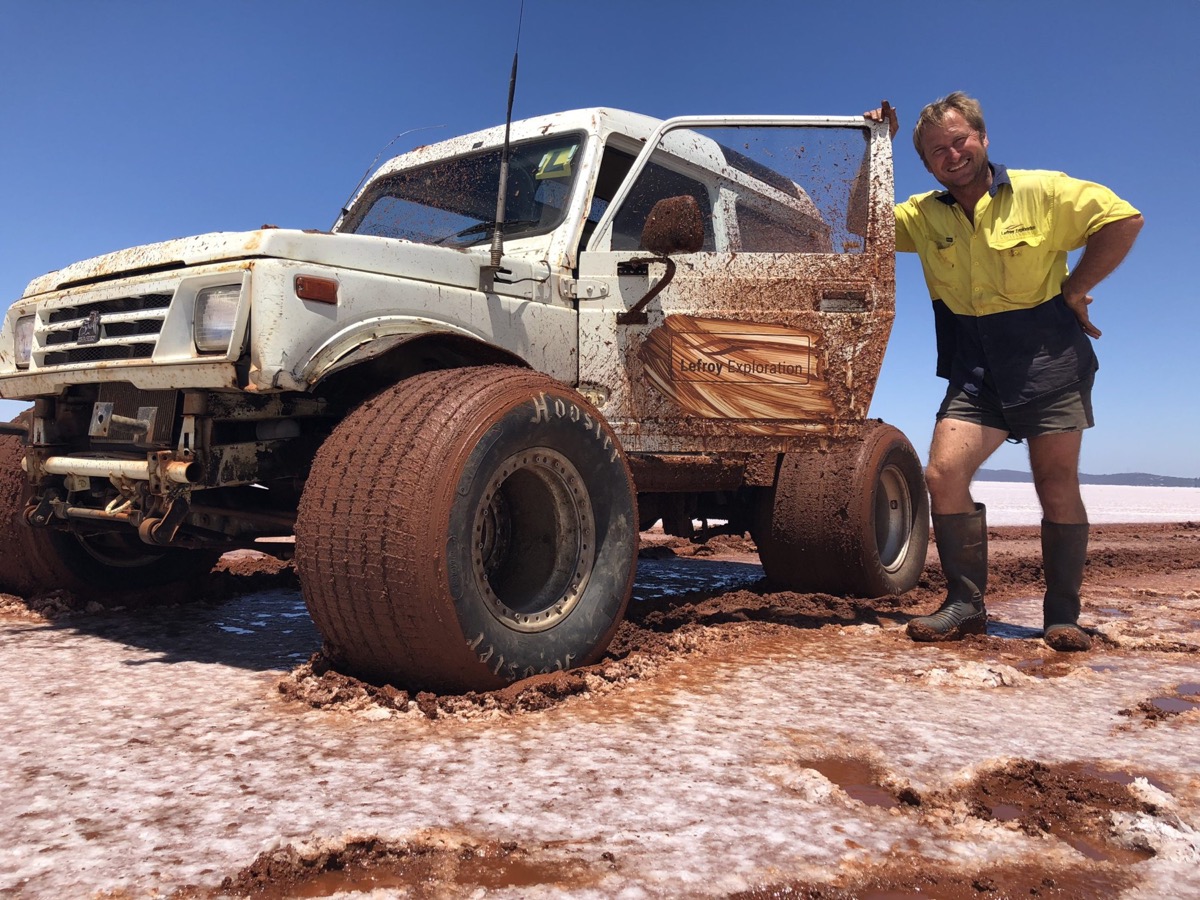 MD Wade Johnson with the Suzuki on Lake Lefroy