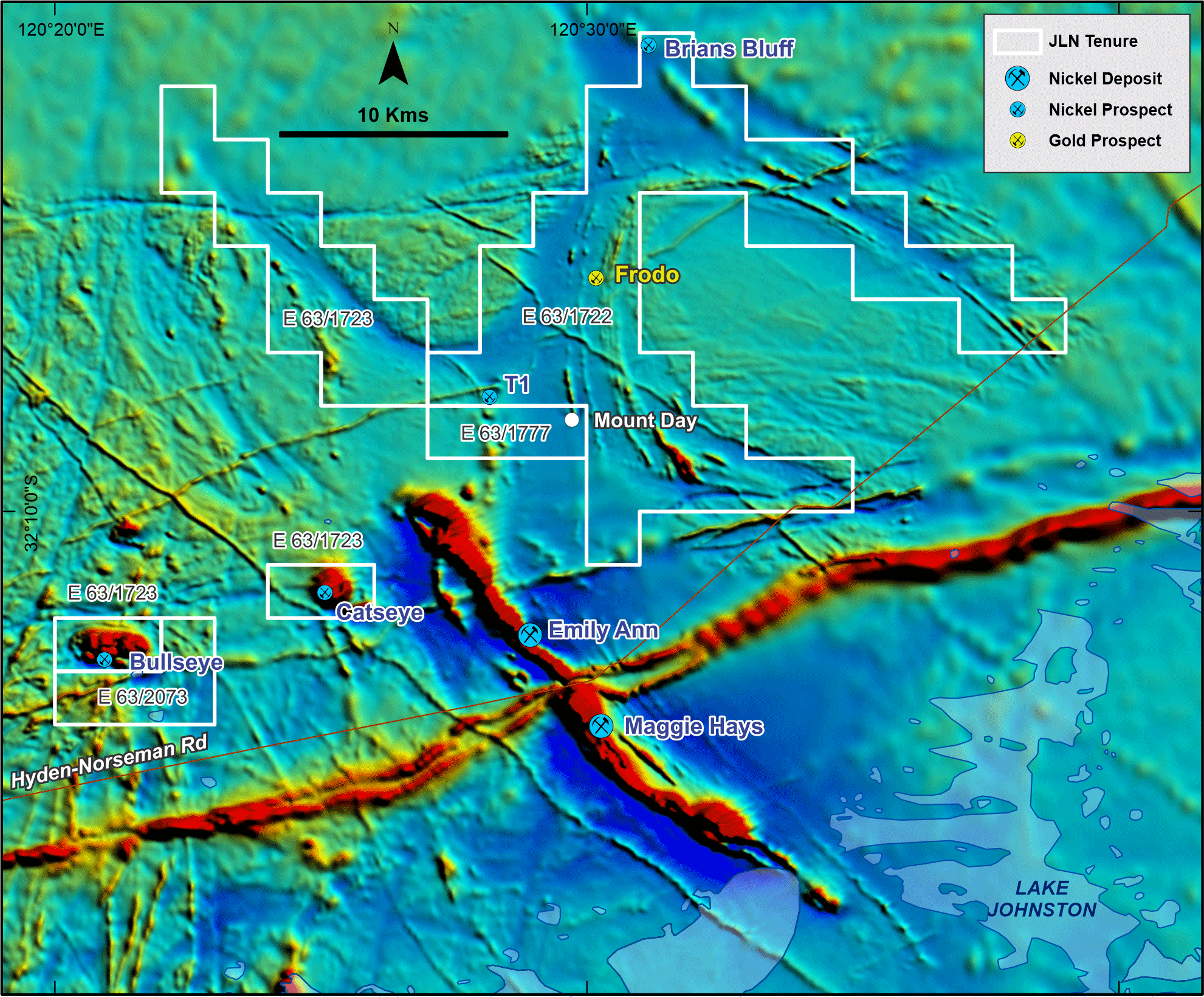 The Lake Johnston Project, comprising LEX’s two 100% owned and granted tenements as well as the non-pegmatite rights to Lithium Australia’s (ASX:LIT) adjacent tenement, forms a cohesive land holding package in excess of 300km2 over the Lake Johnston Greenstone Belt of Western Australia west of Norseman. LEX believes the area is prospective for Gold and Nickel with the package located adjacent to the Emily Ann and Maggie Hays Nickel deposits. Reviews of previous exploration has highlighted a single drill ready Gold target at Frodo and three prospects with potential for nickel sulphide mineralisation. It is also evident that much of the ground is relatively under-explored and is still open to discovery.

The gold target at the Frodo prospect has been identified as a priority for immediate drill follow up from the re-interpretation of previous exploration results. A well-defined trend of gold anomalism can be traced through the Frodo grid for 1100m.

The T1 nickel target, where drilling of geophysical anomalies intersected sulphides in ultramafic rocks, lies along strike from the Emily Ann Nickel deposit. Prior to any further drill testing of the T1 target, it is intended to conduct a deep penetrating TEM survey in order to better define the conductors that may represent massive nickel sulphides.

The Bullseye (T2) and Brians Bluff targets are also regarded as being prospective for nickel sulphides based on re-interpretation of previous geophysical surveys and historical drill results.